How Model Quality Introductions will outsource your dating life

Reprinted in part from OC Weekly

Bill Rubenacker is about six feet tall, with brown hair and deep-set eyes. He is 58 years old and bears a fair resemblance to Harrison Ford. He’s seated on his couch in his spacious living room overlooking a Long Beach golf course he rarely visits because it’s just an executive course.

“I’ve got a date tomorrow night,” the wealthy owner of numerous racehorses and restaurants says with the same level of enthusiasm as someone saying he’s going to his yearly eye exam. “Her name is Pamela, but she pronounces it Pahmela, she’s probably a helluva girl. She sounds successful in her own right, I think she’s in real estate. Maybe we’ll hit it off, and I can become a house husband and just sit at home and watch the games all day.”

“Would an 8, 9, or a 10 join a dating service? They wouldn’t!” reads one MQI ad from the OC Metro showing a blonde with a lock of hair seductively falling over her face. “Beautiful women do not need help meeting men, they need our help meeting the right men. So, if you are ready to settle down with a 8, 9, or 10, we need to talk.”

All MQI clients are single upscale men aged 25 to 70. And they all joined to date attractive women—Inside and out.

“I only deal with the top 2 percent of bachelors in the nation,” said Craig Donaldson, MQI’s president. “Those that suffer from a real shortage of time and do not want to spend time in singles bars or lounges. I have all the top doctors, attorneys, hedge fund managers, developers, and CEO’s in my registry.

“Gentlemen use our service for one reason only: they don’t want to have to prove themselves in public to women over and over trying to gain a connection. It’s much easier to outsource this tedious area of your life to the experts here at MQI,” said Donaldson. “Our clients enjoy stimulating dinners with the most beautiful women in their area. Before you even sit down to dinner with her, she knows all about your strengths and accomplishments, what you do for social, leisure, and professional, what type of family man you are or want to be, and exactly what you are seeking in a long term situation. This creates desire and interest in her for you, allowing her to take you serious prior to the first date. We orchestrate putting one ravishing beauty after another in front of you, until you find that elusive soulmate and chemistry that you have been so diligently searching for.” Donaldson’s use of the words “outsource” is telling. He’s a subcontractor brought in by Corporate America’s best, not to study office efficiency or provide legal counsel, but to procure women strictly for you. 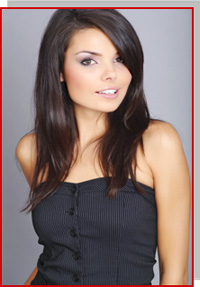 “I have many happy clients because this caliber of man, and this caliber of woman, are dying to meet each other,” said Donaldson. “In today’s world, who’s got time to do bars and nightclubs?

Rubenacker doesn’t consider himself a superstar. “Basically, we’re just a bunch of average guys looking for mare thatn we can find on our own,” he said. ” Divorced for several years, Rubenacker has also done bachelor auctions, blind dates, and all the other awkward and usually unsuccessful methods single people use to meet each other. Then he met Model Quality Introductions Quality Introductions. Initially dubious, Rubenacker quickly changed his mind after thumbing through the voluminous MQI albums packed with professional available women.

“You’re a kid in a candy store, and I’ve got a sweet tooth,” said Rubenacker. “I’ve met several beautiful women through the agency already. More than anyone would have a right to. Each match felt more beautiful than the the last”.

Rubenacker likes “sophisticated tomboys.” Donaldson introduced him to many such girls, all slender and athletic.

But I’m attracted to someone exotic, something different,” Rubenacker said. “I’d give up a point or two on the face if she has a good body. I don’t really want to deal with small children. It’s not a complete deal-breaker, but it’s not my first choice.”

“I look at the agency this way: they do the work and screening for you,” Rubenacker explained. “Most successful businessmen work 70 to 80 hours a week to get there in the first place. It’s nice to have someone else beating the bushes and shaking the trees for you. I hire consultants to do this and that—why not for dating, which is more important to me?”

Lest anyone think Donaldson merely lobs handfuls of random hotties at his clients, he and his matchmakers have an extraordinary “client profile” on the men to help them find their future wives. After many questions regarding personality and interests, the form asks prospective male members what they’re seeking.”Is obvious breast enhancement okay?” asks one question, which Donaldson says typically breaks 50-50. “Is previously married okay? Is it okay if she has children?”

From there, men have to rank three ”look preferences:” Sexy/Sultry, Classy/Sophisticated and Sweet/Girl Next Door. Of the three, Donaldson says most guys put Sweet/Girl next door at the top of their list.

Other questions include “Are there any non-negotiables when selecting a lady for you?”—Donaldson says “smoking” is by far the most popular answer here—and whether the client would prefer his date already have a career or maintain a more flexible schedule so “she has the desire and time to support you in your career and to travel and play with you.”

The motivation for the male clients of MQI is straightforward enough: they want to marry—or at least date—beautiful women. “Men have just two requirements of women,” said Donaldson. “That they be extremely attractive and have heart’s of gold. Everything else can be worked out.”

But the explanation for why a thousand women would join MQI is more complicated. “Girls join to get a commitment-minded successful man who will treat them well. They join to meet someone they wouldn’t any other way.”

Many of the girls in the database are indeed beautiful models, but the others have a wide variety of careers. “There are attorneys, flight attendants, paralegals, pharmaceutical reps, doctors, the whole gamut,” he said.

Kelly, who did not want her real name used for this story, is an MQI girl. A blonde 35-year-old elementary school teacher in Los Angeles, she easily meets MQI’s requirements for her membership: be youthful, wear a size zero to six, and bring two of her similarly qualifying gorgeous girlfriends into the program with her. A member for about a year, Kelly joined after seeing an MQI ad. Being a divorced herself, Kelly says she decided to try various dating-service options to locate a “highly intellectual, successful, substantive, conservative, clean-cut family-type guy.”

“My mother tried to introduce me to her dentist,” she said. “I met him. I don’t know what she was thinking. I also tried meeting guys through my girlfriends. But let’s face it: all girlfriends do is introduce you to their boyfriends brothers or their leftovers.”

She says she joined online sites but was disappointed with the amount of time she had to set aside to flip through endless member profiles. Internet dating went nowhere as most guys are not what they claim.

After three months in Donaldson’s database, Kelly says she hit it off with a great guy from MQI and moved in with him.

Of course, marriage is MQI’s ultimate goal for their members. “This is strictly a G-rated company,” said Donaldson. “This is for individuals seeking long term relationships that can go the distance”.

For more information, check out www.ModelQualityIntroductions.com or call 310-860-9300